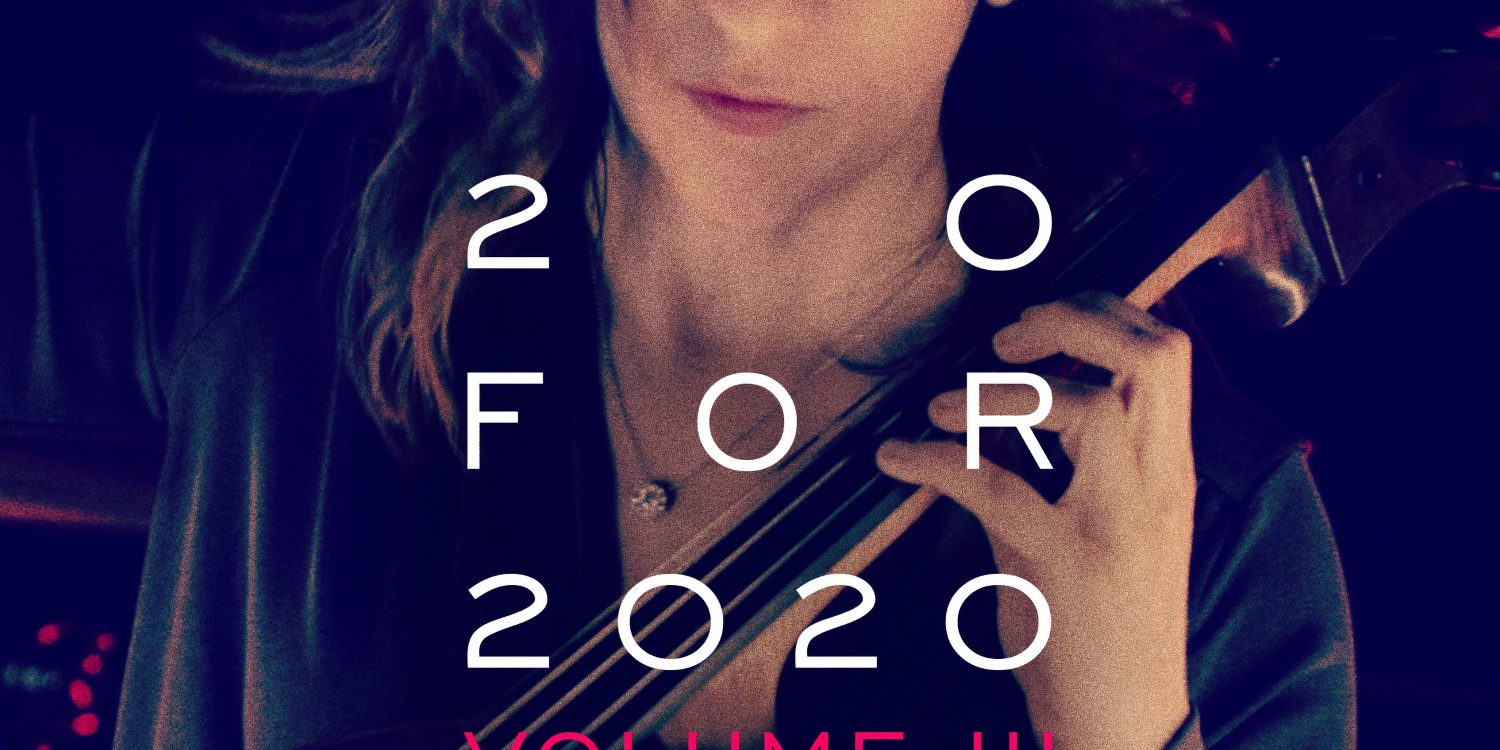 February 25 marks the release of the third volume of cellist Inbal Segev’s “20 for 2020” commissioning project, comprising world premiere works (in album order) by John Luther Adams, Adolphus Hailstork, Gloria Coates, Agata Zubel and Christopher Tyler Nickel, with guest artists Ian Rosenbaum on marimba, vocalist Charlotte Mundy, and Nickel playing oboe d’amore, cor anglais and bass oboe on his own composition, Fractures of Solitude, which is also available as an audio single. The cellist launched this major new project in fall of 2020, galvanized by the unprecedented worldwide crises that characterized that year, to capture something of that collective experience and encourage creative recovery from it. The entire project comprises four volumes of new chamber works, each released individually in digital format; a music video series; and a physical album on Avie Records that includes all four volumes. Volume IV will have works by Camille El Bacha, Stewart Goodyear, Molly Joyce, Immanuel Wilkins, and Segev herself. A trailer for Volume III can be found here, it can be pre-ordered here, and the audio single can be streamed here. Further info can be found in a profile of the project that ran in the July-August 2021 edition of Strings magazine.

Described by Alex Ross in the New Yorker as “one of the most original musical thinkers of the new century,” John Luther Adams sees music as “a lifelong search for home – an invitation to slow down, pay attention, and remember our place within the larger community of life on earth.” About A Weeping of Doves for eight cellos, he explains:

“A Weeping of Doves is my setting of the calls of the beautiful fruit dove, native to the tropical rainforests of Papua New Guinea. The Kaluli people who live surrounded by these birds draw from them for their gisalo – ritual weeping songs. … There’s something about the colors, textures, and inflections of the cello that expresses different nuances of beauty and sadness in their voices.”

One of the leading American composers of his generation, Adolphus Hailstork was mentored by Nadia Boulanger, David Diamond and H. Owen Reed. His many works for chorus, solo voice, piano, organ, chamber ensemble, band, orchestra and opera indelibly fuse elements from the American, African and European traditions. His Hora for cello and marimba, featuring Ian Rosenbaum on marimba along with Segev, is inspired by the cellist’s Israeli origins and the traditional circle dance performed at Jewish weddings, where the newlyweds are lifted into the air while their family and friends dance in circles around them. Segev chose the instrumentation for the piece, finding in the marimba a perfect match for the cello’s sonorities.

Mark Swed of the Los Angeles Times describes Gloria Coates as possibly “the most obscure great composer of our time.” Her output includes 17 symphonies, ten string quartets, solo and vocal music, musique concrète, the chamber opera Stolen Identity, and “Music on Open Strings” (Symphony No. 1), which in 1980 became the first orchestral composition by a female composer to be played in the 34-year history of Munich’s Musica Viva Festival. Describing her contribution to Segev’s album, she says:

“Berceuse is a lullaby that I composed for my grandson as I rocked him to sleep as a baby. This solo cello sonata is written expressly for the sensitive cellist Inbal Segev, who elevates the simple melody to a universal and timeless expression with her innate warmth, musical intelligence and noble tone colours.”

Award-winning singer-composer Agata Zubel, renowned for her cutting-edge sonorities, textures and exuberant musical imagination, was introduced to Segev by conductor Marin Alsop. About her Unisono III for voice, cello and electronics, which features vocalist Charlotte Mundy along with Segev, the composer explains:

“In my unison … I want the joint music-making and music-listening to be an encounter of two individualities, who meet to create something that will be inextricably shared. … In my unison, there is no division into the original and the copy or shadow. What we get is two originals.”

Christopher Tyler Nickel’s Fractures of Solitude is scored for cello octet with optional oboe d’amore, 2 cors anglais and bass oboe. Nickel, an oboe player, suggested to Segev that they make the work into more of an orchestral piece by adding the four woodwinds, all of which he plays on the album. Though the piece is not intended to be strictly programmatic, in the composer’s words it “paints an emotional picture of the isolation, helplessness, anxiety and fractured psychological state experienced by so many during the pandemic.”