Inbal Segev is “a cellist with something to say” (Gramophone). Combining “thrillingly projected, vibrato-rich playing” (Washington Post) with “complete dedication and high intelligence” (San Francisco Classical Voice), she makes solo appearances at leading international venues and with preeminent orchestras and conductors worldwide. Celebrated for her fresh insights into music’s great masterworks, the Israeli American cellist is equally committed to reinvigorating the cello repertoire, and has commissioned and premiered major new works from an international who’s who of today’s foremost contemporary composers.

Segev is personally responsible for commissioning, premiering, recording and championing new works by important contemporary composers from the U.S., Israel and beyond. Most recently, she launched the “20 for 2020” project, commissioning new chamber works from 20 of today’s most compelling composers, including Vijay Iyer, Viet Cuong and John Luther Adams, for a music video series and four-volume Avie Records set to document the challenging year. Other recent projects include Anna Clyne’s concerto DANCE, which Segev co-commissioned and premiered under Cristian Măcelaru’s leadership at the Cabrillo Festival of Contemporary Music in California (2019), before recording the work alongside Elgar’s iconic concerto with Marin Alsop and the London Philharmonic Orchestra. Released by Avie, the album was an instant success, topping the Amazon Classical Concertos chart and inspiring glowing praise from The Guardian, BBC Radio 3 and other outlets; DANCE’s opening movement was named among NPR Music’s “Favorite Songs of 2020,” receiving more than five million listens on Spotify.

The cellist’s premiere recordings crown a rich and wide-ranging discography. Having studied Bach’s solo cello suites for many years, she recorded the complete cycle over a six-month period with Grammy-winning producer Da-Hong Seetoo at New York City’s Academy of Arts and Letters for release by Vox Classics in 2015; documenting this process behind the scenes, a companion film by Nick Davis Productions was screened at Lincoln Center and in Maine and Bogotà. Segev’s other recordings include a Romantic program of Schumann, Chopin and Grieg with pianist Juho Pohjonen (Avie, 2018); Dohnányi serenades with the Amerigo Trio (Navona, 2011); and cello sonatas by Beethoven and Boccherini with pianist Richard Bishop (Opus One, 2000). The cellist can also be heard playing music by Peter Nashe on the soundtrack of Bee Season, a 2005 feature film starring Richard Gere and Juliette Binoche.

A prodigy who first played for the Israeli president at just eight years old, Segev came to international attention ten years later when she made concerto debuts with both the Berlin Philharmonic and Israel Philharmonic under the baton of Zubin Mehta. Since then she has appeared as soloist with such leading orchestras as the London Philharmonic, Orchestre National de Lyon, Dortmund Philharmonic, Pittsburgh Symphony, Baltimore Symphony and St. Louis Symphony, collaborating with Marin Alsop, Stéphane Denève, Lorin Maazel, Cristian Măcelaru, Zubin Mehta and other of the world’s foremost conductors. She co-curated the Baltimore Symphony’s New Music Festival from its inception in 2017.

Besides holding regular interactive live-streamed masterclasses and Q&A sessions at the CelloBello resource center, Segev has been featured in a live Q&A session at Lincoln Center’s Kaplan Penthouse and a dedicated episode of The Musical Life podcast series. Available at her YouTube channel, the cellist’s popular masterclass series, Musings with Inbal Segev, has thousands of subscribers around the world and almost two million views to date.

A native of Israel, Inbal Segev began playing the cello at the age of five. At 16 she was invited by Isaac Stern to the U.S., where she continued her cello studies with Aldo Parisot, Joel Krosnick, Harvey Shapiro and Beaux Arts Trio co-founder Bernard Greenhouse, earning degrees from Yale University and the Juilliard School. Today she lives in New York City with her husband, their three teenage children and her cellos, made by Francesco Ruggieri (1673) and Carl Becker & Son (1958) respectively. 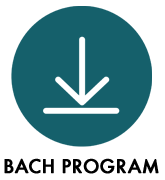