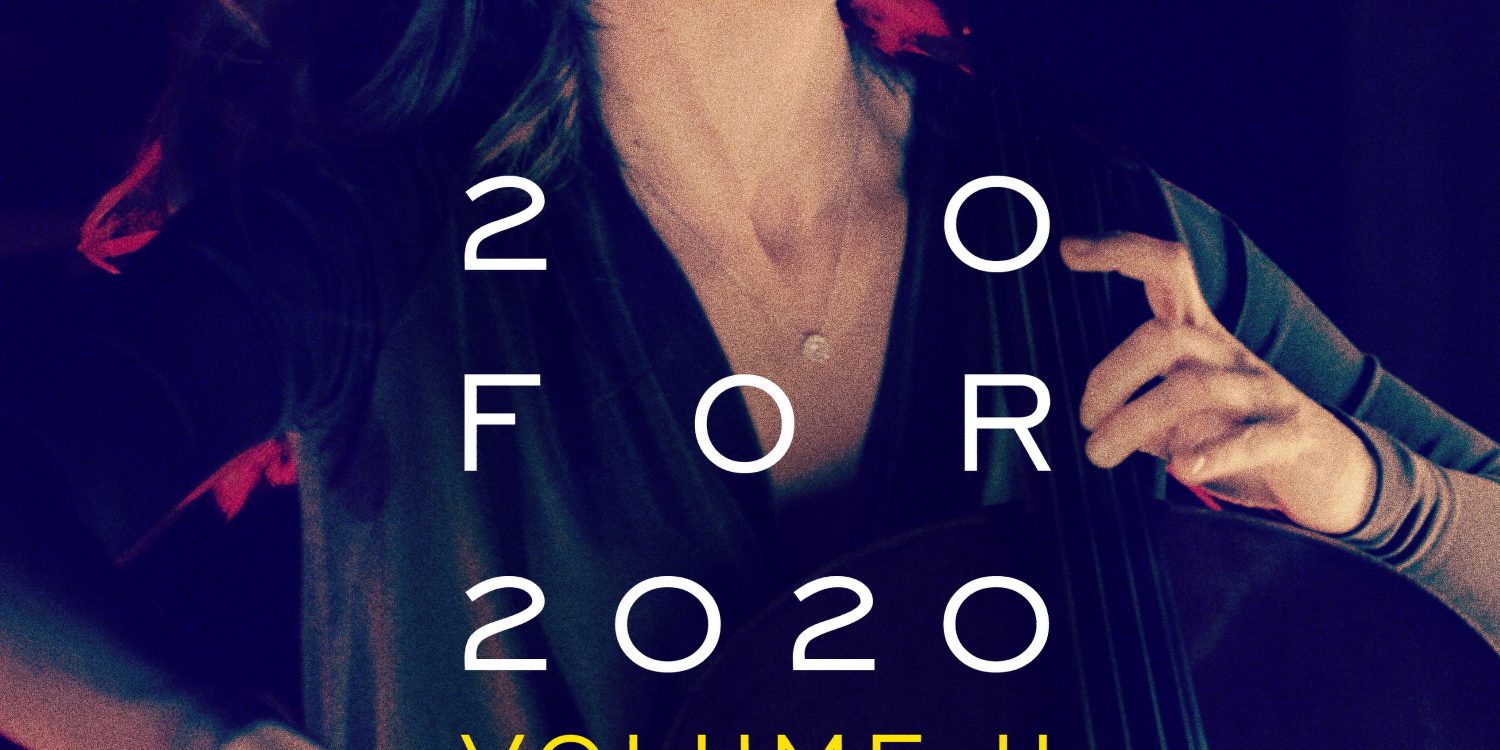 August 27 marks the release of the second volume of cellist Inbal Segev’s “20 for 2020” commissioning project, comprising world premiere works (in album order) by Viet Cuong, Avner Dorman, Vijay Iyer, Christopher Cerrone, and Angélica Negrón, with guest artists Iyer and Timo Andres on piano, and Julien Labro on accordion and bandoneón. Cuong’s piece, Room to Move, is also available as an audio single. The cellist launched this major new project last fall, galvanized by the unprecedented worldwide crises that characterized 2020, to capture something of that collective experience and encourage creative recovery from it. The entire project comprises four volumes of new chamber works, each released individually in digital format; a music video series; and a physical album on Avie Records that includes all four volumes. Volume III, scheduled for release November 19, will have works by John Luther Adams, Gloria Coates, Stewart Goodyear, Christopher Tyler Nickel, and Agata Zubel. Click here to pre-order Volume II, and here to stream the audio single. Further info can be found in a profile of the project that ran in the July-August 2021 edition of Strings magazine.

Viet Cuong, whose works have been performed at venues including Carnegie Hall and the Kennedy Center, is serving as the 2020–23 Young American Composer-in-Residence of the California Symphony. For his cello octet Room to Move, Segev overdubbed the eight parts with two different cellos, almost 300 years apart in age, to increase the contrast between voices. The work reflects on one of 2020’s paradoxes: having space also meant having nobody to share it with. Cuong explains: “The music perpetually echoes around itself, as if in a large empty room – and there’s a solemnity that it just can’t seem to shake off.”

Israeli composer Avner Dorman, praised for his music’s “charismatic appeal” (Chicago Tribune), has been championed by many world-renowned conductors and soloists, and was previously commissioned by Segev herself to write a cello concerto in 2012. His Elegy for the Victims of Indifference for cello and accordion, featuring Julien Labro on accordion, is a lament for the lives lost due to the indifference of those in power. The use of the accordion was Dorman’s idea, but as Segev says “it reminds us of growing up in Israel, where many families get together for evenings of folksong.”

American composer and pianist Vijay Iyer is a tenured Harvard professor whose many honors include a MacArthur Fellowship, a Grammy nomination and Jazz Times’s Artist of the Year. His contribution to the album is The Window for cello and piano, which he performs alongside Segev. The work, Iyer explains, was written “very intuitively and vulnerably. … I found myself gravitating to sonorities that I didn’t quite understand, and sounds to which I had an ambivalent response. … The piece became a mini suite that, like many of our lives in this year, alternates between feeling adrift and sensing possibility again.”

Christopher Cerrone is a Rome Prize winner and Grammy nominee, as well as a Pulitzer Prize finalist for his opera Invisible Cities. His work for cello and piano—for which Segev is joined by Cerrone’s close friend and frequent collaborator Timo Andres on piano—is called The Pleasure at Being the Cause, a phrase coined by German psychologist Karl Groos that refers to the comfort derived from predictable cause and effect. Cerrone’s piece is playful, taking inspiration from his longing to play duets with friends again and applying Groos’s concept to the unique interplay between individuals that characterizes chamber music.

Puerto Rican composer and multi-instrumentalist Angélica Negrón has been commissioned by Bang on a Can All-Stars, loadbang, MATA Festival, Brooklyn Youth Chorus, Sō Percussion, and the American Composers Orchestra, among others. Her Ruta Panorámica (“Scenic Route”) is scored for electronics, bandoneón and cello, and represents a nostalgic reminiscence of happier times. She elaborates: “Ruta Panorámica was inspired by the simple joy of road trips with my friends and my dog in Puerto Rico. … There’s a sense of constant forward movement, with the scenery shifting rapidly and many things happening at once, while at the same time a comforting feeling of tranquility and bliss.”