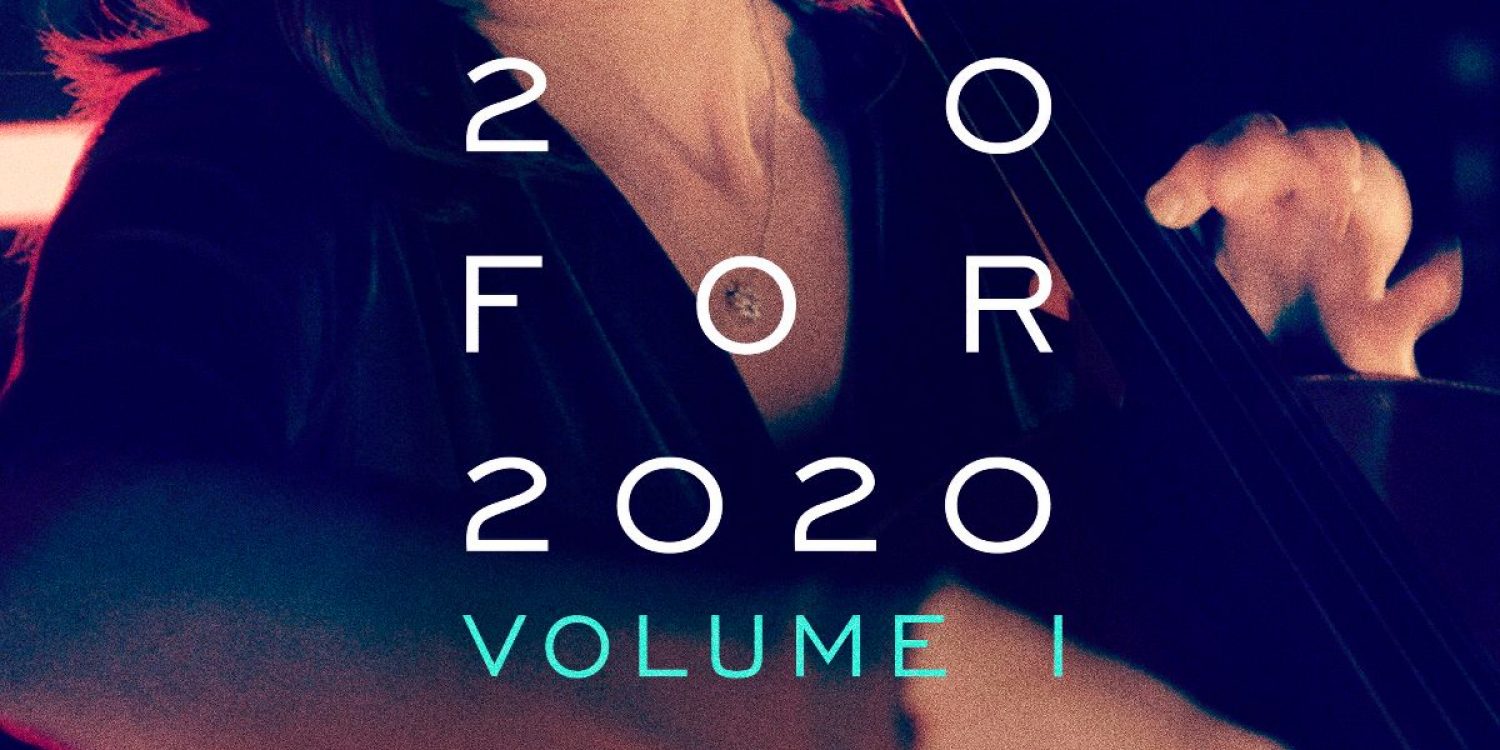 June 25 marks the release of the first volume of Inbal Segev’s “20 for 2020” commissioning project, featuring works by five of today’s most compelling composers. Galvanized by the unprecedented worldwide crises that characterized 2020 and encouraging creative recovery from them, the cellist launched this major new project last fall to capture something of that collective experience through the music of composers with strong and distinctive voices in a panorama of styles. An established driving force in the creation of new cello repertoire for the 21st century, Segev committed to commissioning and recording, in four volumes, new chamber works from a roster of cutting-edge composers for a music video series and an album on Avie Records. Newly announced works by John Luther Adams, Camille El Bacha, Gloria Coates, Stewart Goodyear, Adolphus Hailstork, Molly Joyce, Christopher Tyler Nickel, Immanuel Wilkins, Agata Zubel, and Segev herself join the previously announced diverse compositional voices of Timo Andres, Sophia Bass, Christopher Cerrone, Viet Cuong, Avner Dorman, Vijay Iyer, James Lee III, Angélica Negrón, Fernando Otero, and Bruce Wolosoff. Digital releases for the four volumes are set for June 25, August 27, November 19, and early 2022, the last also including a physical release. Click here to pre-order, and here to stream an audio single.

Prior to “20 for 2020,” Segev and her husband, Thomas Brener, had already commissioned important new works from an international who’s who of today’s foremost composers, including Andres, Dorman, Anna Clyne, Gity Razaz and Dan Visconti. Most recently, Segev and Brener co-commissioned Clyne’s concerto DANCE, which the cellist premiered at California’s Cabrillo Festival and recorded with Marin Alsop and the London Philharmonic. Released by Avie, the album was an instant success, topping the Amazon Classical Concertos chart and inspiring glowing praise from outlets including BBC Radio 3, Scala Radio, and NPR Music, which named DANCE’s opening movement among its “Favorite Songs of 2020.”

The short-form works collected on “20 for 2020” will range from solo cello works – sometimes in multiple layers – to various chamber configurations, with other performers including composer Andres on piano, Xavier Foley on double bass, and the string quartet Brooklyn Rider. All 20 works respond to the cascading crises of 2020, from the global pandemic itself to the subsequent isolation in quarantine, bereavement, racial injustice and mass protests that characterized the past year. A trailer for the album is available here.

The lineup of composers on Volume 1 comprises Timo Andres, whose 2017 cello concerto Upstate Obscura was written for Segev, premiered by her at New York’s Metropolitan Museum of Art, and recorded for future release by Nonesuch; new Oberlin graduate Sophia Bass, an emerging film composer who has just been awarded a Fulbright research grant to study Carnatic music in India; James Lee III, whose accolades include a Charles Ives Scholarship from the American Academy of Arts and Letters and whose works have been performed by the Baltimore, Boston, Chicago, Cincinnati, Detroit, National and New World Symphonies; two-time Latin Grammy winner Fernando Otero, who blends contemporary classical influences with tango and the sounds of his native Buenos Aires; and Bruce Wolosoff, composer of a cello concerto that became a 2019 Billboard bestseller.

On Volume 2 the composers are Christopher Cerrone, a Rome Prize winner and Grammy nominee as well as a Pulitzer Prize finalist for his opera Invisible Cities; Viet Cuong, whose works have been performed at venues including Carnegie Hall and the Kennedy Center, and who is serving as the 2020-23 Young American Composer-in-Residence of the California Symphony; Avner Dorman, whose intricately crafted, soulful works have been praised for their “charismatic appeal” (Chicago Tribune) and championed by conductors and soloists including Riccardo Chailly, Martin Grubinger, Hilary Hahn, Zubin Mehta, Andris Nelsons, Gil Shaham and Pinchas Zukerman; Vijay Iyer, a tenured Harvard professor whose many honors include a MacArthur Fellowship, a Grammy nomination and Jazz Times’s Artist of the Year; and Angélica Negrón, who writes “wistfully idiosyncratic and contemplative” (WQXR) music and has been commissioned by Bang on a Can All-Stars, loadbang, MATA Festival, Brooklyn Youth Chorus, Sō Percussion, the American Composers Orchestra, and the New York Botanical Garden, among others;.

Volume 3 features Grammy and Pulitzer Prize-winner John Luther Adams, who the New Yorker calls “one of the most original musical thinkers of the new century”; Gloria Coates, a prolific composer of symphonies and string quartets known for her use of glissandi and indistinct textures; celebrated pianist and composer Stewart Goodyear, whose first cello concerto was premiered last season by Ottawa’s National Arts Centre Orchestra; Christopher Tyler Nickel, a noted film and television composer who has also had concert works premiered by the Vancouver Symphony, Atlanta Symphony, and others; and Polish composer and vocalist Agata Zubel, winner of a host of European composition prizes over two decades and known as a fearless experimentalist and challenger of stereotypes.

Volume 4, in addition to a work composed by Segev herself, features composers Camille El Bacha, brother of cellist and vocalist Bahia El Bacha and a frequent collaborator as composer, arranger and pianist with the Greek-French vocalist Dafné Kritharas; Adolphus Hailstork, a professor of music and composer-in-residence at Old Dominion University in Norfolk, Virginia who has a catalog of large- and small-scale works spanning five decades; Molly Joyce, whose work engages disability as a creative source and who has been called one of the “most versatile, prolific and intriguing composers working under the vast new-music dome” (Washington Post); and saxophonist, bandleader, and jazz composer Immanuel Wilkins, voted “Best New Jazz Artist” in the 2020 JazzTimes Critics’ Poll and “Best New Talent of 2020” by Musica Jazz.