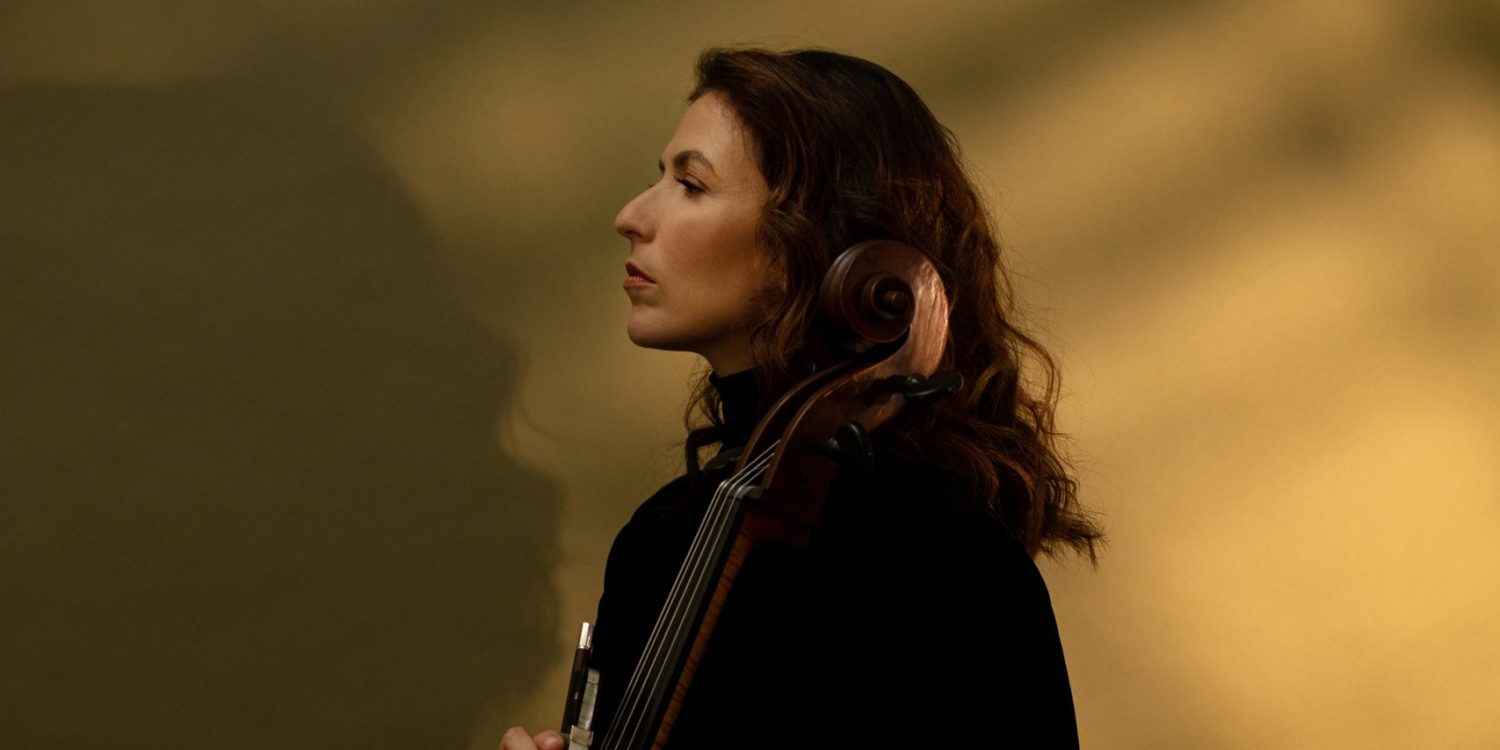 2020 is a byword for “unprecedented times.” To capture something of the unique experience of living through them, Inbal Segev – “a cellist with something to say” (Gramophone) – is launching a major new commissioning project. Titled “20 for 2020,” this sees the Israeli-American cellist commission and record new chamber works from 20 of today’s most compelling composers for a music video series and an album on Avie Records. Through the distinctive, powerful and diverse voices of Timo Andres, Sophia Bass, Christopher Cerrone, Viet Cuong, Avner Dorman, Vijay Iyer, James Lee III, Angélica Negrón, Fernando Otero, Bruce Wolosoff and ten more to be announced in the coming months, Segev hopes not only to document today’s challenging times, but also to support her fellow artists and provide solace to audiences. As WQXR notes, “More than any other time in recent history, the world is indeed listening.”

Together with her husband, Thomas Brener – a founding member of New Music USA’s New Music Connect, a group of engaged commissioners of contemporary music, Segev is already a key figure in the creation of new cello repertoire for the 21st century. She and Brener have commissioned important new works from an international who’s who of today’s foremost composers, including Andres, Dorman, Anna Clyne, Gity Razaz and Dan Visconti. Most recently, Segev and Brener co-commissioned Clyne’s concerto DANCE, which Segev premiered at California’s Cabrillo Festival and recorded with Marin Alsop and the London Philharmonic. Released by Avie, the album was an instant success, topping the Amazon Classical Concertos chart and inspiring glowing praise from outlets including BBC Radio 3, La Scala Radio, and NPR Music, which named DANCE’s opening movement among its “Favorite Songs of 2020.”

The new pieces Segev and Brener are commissioning for “20 for 2020” will each be of around five minutes in length and will all feature the cello. Some will be scored for the solo instrument, some for multiple layered cello parts – all to be played by Segev herself – and some for traditional chamber configurations, in which the other performers will include composers Andres and Lee on piano, Xavier Foley on double bass, and the string quartet Brooklyn Rider. All 20 works will draw inspiration from the cascading crises of 2020, from the global pandemic itself to the subsequent isolation in quarantine, bereavement, racial injustice and mass protests that characterize the present year. About the composers she has selected for the project, Segev explains:

“I wanted to feature composers with strong and distinctive voices, from a variety of backgrounds, to show some of the ways this surreal year has affected us all, regardless of age, gender or heritage. The project has given me a renewed sense of purpose and helped me connect with the wider music community. Although I have already worked with some of the composers before, with others this is my first collaboration. I am so grateful to all of them for agreeing to take part and finding the inspiration to compose at this difficult time.”

Ten composers have already accepted commissions for “20 for 2020.” Known for his “playful intelligence and individuality” (The Guardian), Brooklyn-based composer Timo Andres has received commissions from organizations including the Boston Symphony, Los Angeles Philharmonic and Carnegie Hall. His piano concerto The Blind Banister was a Pulitzer Prize finalist and his cello concerto Upstate Obscura was written for Segev, who premiered it at New York’s Metropolitan Museum of Art before recording it for future release by Nonesuch.

West Chicago native and new Oberlin graduate Sophia Bass is an emerging film composer. Having recently discovered an interest in Indian classical music and her mother’s Indian heritage, Bass has just been awarded a Fulbright research grant to study Carnatic music in India.

Brooklyn resident Christopher Cerrone is not only a Rome Prize winner and Grammy nominee, but also a Pulitzer Prize finalist for his opera Invisible Cities. This premiered with a sold-out run in Los Angeles, where it was heralded as “a delicate and beautiful opera … [that] could be, and should be, done anywhere” (Los Angeles Times).

Called “wildly inventive” and “alluring” by the New York Times, music by California native Viet Cuong has been performed on six continents, at venues including Carnegie Hall and the Kennedy Center. Currently completing a PhD at Princeton University, he is also the 2020-23 Young American Composer-in-Residence of the California Symphony.

Protean and prolific New York-based composer-pianist Vijay Iyer has carved out a unique path in modern music. “An American treasure” (Minnesota Public Radio) who is “one of the best in the world at what he does” (Pitchfork), Iyer is a tenured Harvard professor whose many honors include a MacArthur Fellowship, a Grammy nomination and Jazz Times’s Artist of the Year.

“A composer who has what it takes. And has a future” (Baltimore Sun), Michigan native James Lee III has had works performed by the Baltimore, Boston, Chicago, Cincinnati, Detroit, National and New World Symphonies, led by conductors including Marin Alsop, Leonard Slatkin and Michael Tilson Thomas. Lee’s accolades include a Charles Ives Scholarship from the American Academy of Arts and Letters.

Blending contemporary classical influences with tango and the sounds of his native Buenos Aires, the music of New York-based Argentinian composer, pianist and vocalist Fernando Otero has a “savage intensity that sweeps the listener away” (The Guardian). The winner of two Latin Grammy Awards, he collaborates with Segev and friends on his Nonesuch album Pagina de Buenos Aires.

As Segev finalizes details of the “20 for 2020” project, additional composers will be announced.